Cleveland, Ohio. October 8, 2014. It is projected that in 2014, the United States Patent and Trademark Office will issue roughly 5,779 patents to Ohio inventors. This record-breaking figure will continue for another year an upward trend in patent grants, as shown in the chart below: 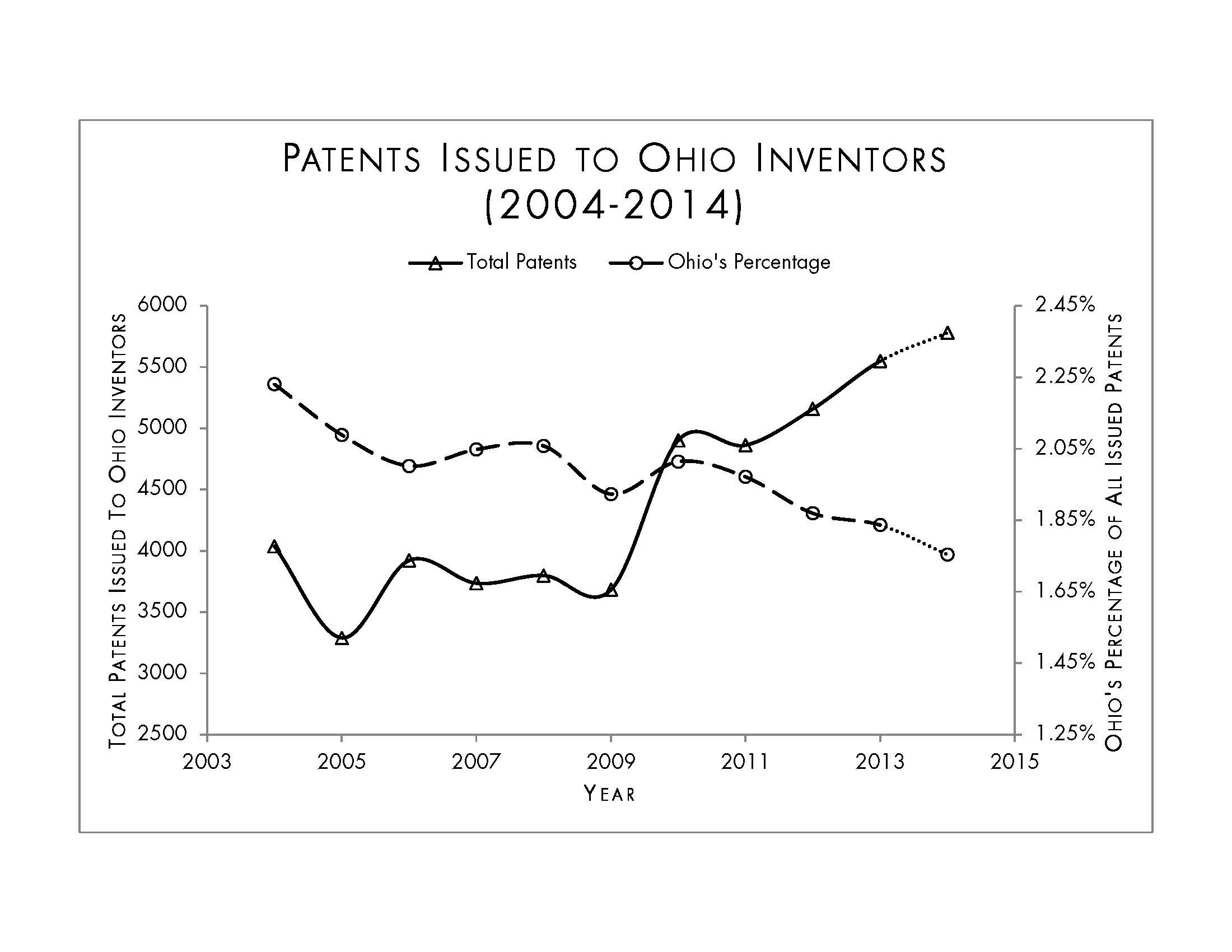 Walters & Wasylyna is an Ohio-based law firm focusing on intellectual property matters and business litigation. The firm is highly active in patent preparation and prosecution, both in the United States and around the world, as well as patent enforcement in the federal courts. The firm represents clients of all sizes, from Fortune 500 Companies to sole proprietors.